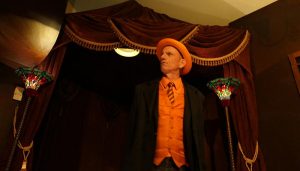 This is not the beginning of our saga. Miss last year’s story? Start here »

The Time Thief is coming. He’ll be here at 1 a.m. in the morning this Sunday, March 14.

It’s driving me mad. I can hear him now, torturing me with his haunting taunting. 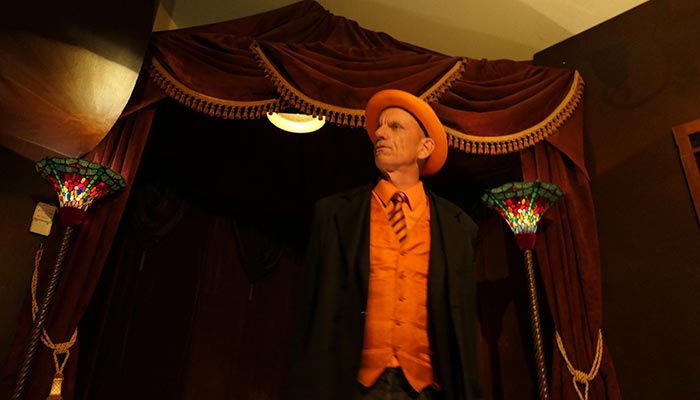 Hey there buddy. It’s me again.

What? You spent the last year thinking about how to stop me?

That’s a good one. Do you really think you’re the first person to try?

Know what? I’m going to steal the most precious commodity in the known Universe from you and that other 3 billion people, and there isn’t a damn thing you can do about it. You think you have power?

You know nothing Jon Snow.

So, let’s put this in perspective.

Everybody knows Santa Klaus is one of the most powerful beings on the planet. His workforce dwarves Amazon’s, Ikea and Sony combined. He and his work force donates more each year than Jeff, Elon, Warren, Bill, the Sultan of Brunei and Queen of England are worth.

Yeah the old Spirit of Generosity, who by the way is one of my best customers, has built mining corps, electronics divisions and shipping and distribution that would make the US army or PLA envious. But ask yourself an important question?

How does he pay them?

Hint: You don’t pay elves in sugar or any other white powdery substance.

He pays them with something far more valuable and this will probably give it away.

It’s the most valuable commodity in the fourth dimension.

What? You thought that elves have nothing to do all year long other than build toys?

They are all migrant workers from the realms of Dark Matter and Dark Energy.

I gotta hand it to that guy. He sure has come a long way from Santa’s Little Workshop.

But the Spirit of Generosity is surpassed by a speed that makes light envious.

And he’s a hell of a thief!

He breaks and enters into EVERY house with a chimney, descending and ascending them in one night, and he doesn’t leave a trace!

Not only that but he stops to read every note (have you tried to read kid scribble? It’s not easy.) He eats their sugary treats like a civil person (doesn’t wolf them down) and delicately sips glasses of milk they have left him.

All in one night.

Y’all don’t know the true meaning of the word awesome. You corrupted it, and toss it around so casually.

I assure you that you don’t know awesome. Awesome makes you want to poo your pants. It fills you with terror and tears the words out of your throat

But Santa’s skillz are freakin’ awesome.

On top of his speed and generosity, he breaks and enters into 3 billion homes and nobody even complains about some stranger coming into their house. I mean eesh. We won’t go there. Let’s just say…

But here’s the kicker.

That Dude is chump change.

I know. I know. I sound like a jerk saying that.

Rest assured I am not. It’s just that well…you know nothing Jon Snow.

But I have a confession to make.

Why? Because I’m tired of the Fat Man hogging the spotlight.

So let me tell you what I do.

I commit the greatest heist EVERY DAMN YEAR for 100 years, in one second, and what do I get?

But by the time I’m done here, you will know me and my name. And when you say it, you will say it with dread and a sense of a destiny which you can’t escape.

The King of Heists is in da hoooooowwwwwzzzzzzz!

Thieves everywhere, take care. You might want to grab your note pads or whatever you kids use these days.

I rip billions of people off in one night, and they don’t do anything about it.

I steal the most valuable resource from 40% of the planet, totally hosing their sleep cycle. Their conscious mind doesn’t even catch it. But their dumb bodies do. The two were perfectly synced up, then bam!

Most people don’t even know what hit them.

Why? Cause I’m the best there is. I’m so good nobody even knows I exist.

I make ninjas look like brightly colored clowns at a kid’s party.

I guess once I reached 100 years of ripping people off I snapped. After all, here I am performing the crime of the century every year for a century, and no human has ever clapped for me, only my fellow fae.

Know why the villain always brags to the hero and tells him his plans? Let me tell you, because I get it. I’m doing it right now.

He’s hoping the one person who gets him, his soul mate, will see him and appreciate his brilliance.

“Then the hero foils his plot.” Lame, I know.

So why am I telling you? Because I’m completely confident, beyond the shadow of a doubt, that you can’t stop me. You’re one person. You can’t do shit. It’s not like you are well connected, like Rosa Parks or some shit.

Want to know what’s even more awesome? I tell everyone what I’m going to do. Then I do it.

I hide in plain freaking sight!

They give me their most precious commodity, their life energy, then suffer for week’s as their body tries to adjust. By the way, I sell that on the sleep market for a freakin’ fortune.

Some people call me a Time Vampire. That isn’t really fair. After all, vampires don’t give the blood back. First that would be gross. Secondly, they need it to survive.

Me? I take it then give it back. What does that make me? Am I bad, good or just an entrepeneur?

Let’s ask the philosophers: If a guy steals something, uses it, and returns it good as new, does that even count as stealing?

If you are cool with Robin Hood, you gotta be cool with me, or you are a hypocrite. You can’t really say what I’m doing is wrong can you?

And I’m dying over here. I’m a freakin’ genius. I make Puckerberg look like a kindergartener. F-Book? Ha!

I mean I gotta hand it to him and his timesuck daemons. They do a fine job of sucking up countless hours of time with that zombielike state of hypnosis they induce. Same with the Goddess TV. That stuff is brilliant.

But I steal the time, and grow it by depositing it in my own personal Time Bank. Then I take the interest and what do I do? I pay off key government officials and trade the rest on the Time Exchange. I buy all sorts of things. One of them is power.

What royalty doesn’t want to spend a little more time with their family or money? What nation doesn’t want to buy time to attack or defend themselves? Those guys can pay in souls, also a very valuable commodity. They just sacrifice soldiers on the battlefield or through crappy government policies.

Hordes of demons gorge themselves at those feeding frenzies. If you’ve ever seen a demonic herd, it’s a jaw dropper.

Let’s face it though. Demons are jerks.

Why am I telling you this? Because…well I know you are a damn good thief. Perhaps the best mortal thief on the planet.

You also have an unconventional sense of justice, like me.

You are also a detective, “fueled by a burning curiosity. You’re the guy who is going to crack this case wide open.” It’s dangerous enough to maybe get killed, but you have to know the truth and expose it. Nobody is ever going to believe you of course.

C’mon? It’s inconceivable to your tiny chimp brain that any entity in existence could steal 1 hour of time from 3 billion people, in a mere second?

How do I do it? You aren’t going to believe that either.

I have a psychic power known as a Time Flower. I can leave behind a copy of myself one pico second in the past.

What’s that mean? Light travels less than a millimeter in that time.

Basically I become a time flower, or a time hydra.

I know it’s boring to just “put time in front a word and think that makes it extra cool”, but your species can’t talk in four dimensions so that’s the best I got.

Once I make a 720 million copies of myself, I visit the sacrificial lambs and using my time scissors (Gaglideegroxenflix in my tongue. See I told you, you can’t speak time-ese.)

I know, you think I’m insane. But wait, there’s more!

Remember that part in Frankenstein when Adam is leading Frankie across the frozen wasteland, teasing him, but always staying out of reach? Then he ends up on that icebreaker, tells his story to the crew, and dies? Guess who I am?

I mean seriously, how do you catch a time thief? How do you solve a time crime? How do you summon the empathy to get inside a five dimensional beings brain? What questions do you have?

“Where did he come from? When was he born? Or are they a he/she? Are they an alien? Are there more like him? Is he a race or a mutant?“

I know. It’s just eating you up inside. So many questions filling your curiosity gap.

Sorry pal. I’m not going to answer them. The striptease has just begun. Believe me, I’m going to drive you crazy.

But for now, just sit back and enjoy the ride. And don’t worry…

The fun has just began.

I know. I hate cliffhangers too.