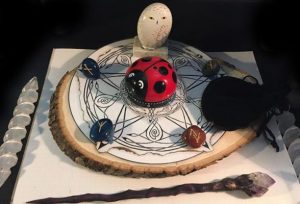 I always wanted to write a book, but kept putting it off for a number of “reasons”:

But the best “reason” I had was that countless writers wrote incredible stories, and all of them were swallowed up in a vast ocean of words. At best my stories would be stuck on a shelf, and at worst they would be thrown in the trash.

In 2012, I stopped making excuses. Despite migraines and a day job, my wife was squeezing out a couple of hours of writing a day and was making epic progress on her romance series. Maybe all her efforts were just another layer of graffiti painted on the wall of time, but so what? 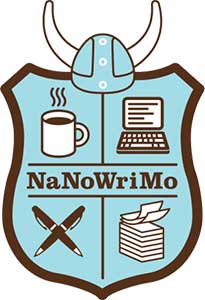 That year I committed to doing National Novel Writing Month, or NaNo for short. It’s an annual writing contest where authors compete against themselves and try to write 50,000 words during the month of November. If they do, they win.

I won NaNo that year. The work was stream of consciousness journaling, but that didn’t matter. What mattered was I had persevered and made it to the finish line. I had also done something new and shattered my writing record. Then a few years ago, I stopped multi-tasking and began using the Pomodoro Technique.

Around the turn of the millennia, personal computers began multitasking. People thought “if computers can do it, so can I.” The notion took off like a wildfire in a dry grassland. Switching back and forth between tasks became the fashionable way to work. It seemed effective because it was so stressful, fast and exciting. But really it was a complete fail.

Let me give you a couple of examples. People who text while driving are as likely to crash as a drunk driver. We can walk and chew gum at the same time, but we can’t do simple math while memorizing a list of words.

We can’t even switch attention quickly, especially if the job is complex. Both my jobs, as a writer and programmer, require deep concentration. If I am jamming, and somebody breaks my concentration, it takes 10-15 minutes to get back into a state of flow.

That’s why I went back to the “old way” of working, and started monotasking. Monotasking is when you do one thing at a time to completion. Since then I’ve become a writing fiend. Not only do I write every day, but I also edit and finish my work. I don’t know how I could have done it without Francesco Cirillo’s popular Pomodoro Technique. 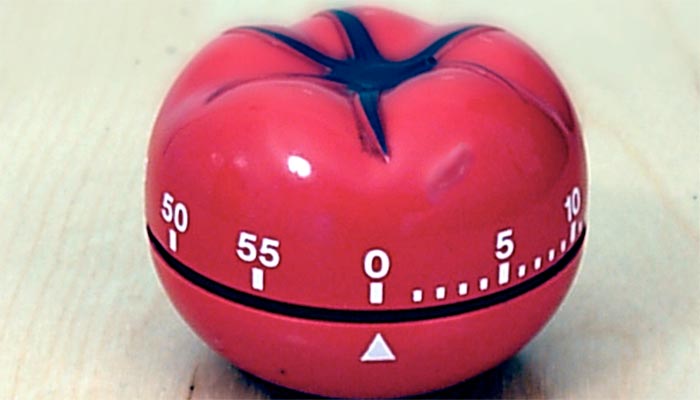 The basic discipline is simple. You use a regular analog timer, or app, to work in twenty-five-minute blocks. Then you take a five-minute break. If you do that four times in a row, it makes a set. Then you take a twenty-minute break. If something interrupts your work for longer than fifteen seconds, you start over and don’t get any credit for your work.

All of that is easier said than done. In the beginning, I found it hard to complete 2 pomodoros a day. People would come into my office and interrupt me, or I would get texts and notifications on my phone and computer. They were the hardest to resist because they were using Pavlovian conditioning. We will talk about that later, but let’s just say it’s really, really hard to resist. The Pomodoro discipline will insist that you do, and give you an excuse not to.

Record keeping is an essential part of the Pomodoro Technique. I neglected it in the beginning, but now find it is its own reward. It gives me empirical proof that I did something. I made progress towards my goal. It’s helped me build a daily ritual that is the most productive time of my day, and changed my life.

The Pomodoro Technique isn’t perfect though. It is a great foundation to build on, but it doesn’t tell you how to construct your work environment for optimal focus. It doesn’t address your individual mission, or how to use rituals and superstitious behavior to get real results.

We will talk about this more, but your mission is a key to success. Simple missions are the best because they are easier to achieve. For example, my mission is to write consistently. Once I built my habit to do two pomodoros a day for five days a week, I became able to scale that up.

Since I started using the Magic Pomodoro technique, I have accomplished more than I would ever have expected. During the 2018 NaNo I used it to write 90,000 words, smashing my previous record by 30,000 words. Right now I’m working on a 500-page romance novel with my wife, a project that would have overwhelmed me a year ago. I’ve stuck with it through four rounds of edits and it’s looking good. That’s what happens when you take back control of your mind and focus.

Now that I’ve got some cred under my belt, I feel like I can share my personal tweaks to the discipline, that I’m calling the Magic Pomodoro Technique.

If you are serious about committing to your mission, or just want to experience the power of monotasking, the Magic Pomodoro Technique can change your life. It will help you:

In conclusion, the Pomodoro Technique is simple to learn, but difficult to master.

If you commit to doing it half an hour a day, for two weeks, you will begin building a habit that will change your life.