SIP is Right, Even If It’s Wrong 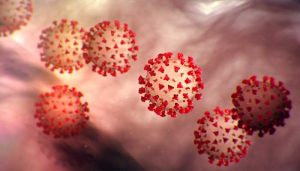 Gavin Newsom has put a Shelter In Place(SIP) order to prevent hospitals from being overwhelmed. For the next month, at least, all non-essential businesses are shut down. It’s going to devastate the economy in ways we can’t imagine. But, that’s not the point.

3.2 million people just filed for unemployment. We now have the most unemployed in our country’s history. Not the point.

Everybody is anxious about this being the next great pandemic. I don’t believe the hype. Mortality won’t come anywhere near what it was in the 1918 pandemic. Still not the point.

Covid is going to completely change our normal life. Also, not the point.

The United States is now the epicenter of the virus, with over 100,000 infections. Not the point, but it’s close. We wouldn’t have had to shut down the State economy if we had enough respirators.

You can’t find toilet paper, anywhere. Who knew people were so freaked out about their poopy pooters? Again, not the point.

Maybe “You-Know-Who” is right and reality now operates in TV time. We will find a vaccine and be back to work in a couple of weeks. Again, who cares? It’s a distraction.

So what is the damn point, Donovan?

The real point is that even if SIP is an overreaction, it’s still right. We needed a dry run like this to prepare for a truly devastating pandemic, like the superflu in Stephen King’s “The Stand”.

It’s a fact of life. People suck at disaster preparedness. I live in earthquake country, but most people aren’t prepared for one. We had a year of devastating wildfires then we were caught off guard when we got them again two years later.

Hopefully, Covid will be a wake-up call. The Feds have cut health care funding since 2009 while bumping up our “defense” budget. They were building missiles when they should have been building respirators. We need better response networks that would prepare us for a biological attack, and where is it most likely to come from?

I’m guessing it won’t be from a state or terrorist organization. The place it is far more likely to come from is nature.

This “biological attack” just brought our country’s economy to a grinding halt. This wasn’t the first, second or third such attack. Sure we had H1N1, SARS, and MERS, but we’ve had other outbreaks before that. We will have another one very soon. South Korea knew this, and they were prepared. Why weren’t we?

These outbreaks have been happening every 5-7 years. The only thing that can stop them is SIP and a healthcare system with enough equipment to handle a pandemic. Another biological attack is coming. Let’s hope our federal government treat it like a matter of national defense and does something about it, rather than denying reality so “You-Know-Who” can get re-elected.