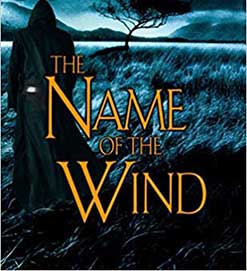 To name something is to define it. For example, the Bible opens with God parading all the animals before Adam, so he could name them. (Fast fact: Adam means “earth”) When Adam gives them a name, he also declares their destiny.

“How can our name be our destiny?”

Well, what do you think of when I say “tree”? Associations that pop into my head include “lumber”, “chainsaw”, and “fire”.

What if I say “planet lungs”? Associations that pop into my head are “you can’t cut lungs down or burn them unless you want to suffocate”. People wouldn’t cut them down if they were called planet lungs. I think we should change it. If you think I’m crazy, just you wait six paragraphs.

The sweetest name of all is our own. Our ears perk up when we hear it. We love it when people call us by our name because it means they cared enough to remember us. The only exception is when mom uses our complete name. That usually means we’re in trouble.

Choosing names is critical. Modern-day brand and identity firms charge hundreds of thousands of dollars to name a corporation and create a logo. They make up nonsense names to invoke specific associations but are unique enough to be trademarked. For example, Clorox is similar to chlorine. It implies cleanliness, as in clean pools, which is at the heart of their brand.

In fairy tales and real life, you have an edge if you know a person’s real name. You can use it to Google them, learn who they are and how to contact them.

Likewise, in fairy tales, true names were used to summon powerful beings. Rumpelstiltskin hides his true name, so people don’t say it thrice and summon him to grant a wish. “Speak of the devil” is a reference to the old belief that saying Satan’s name would make him appear. In Harry Potter, the villain Voldemort is referred to as “You-Know-Who” lest he be accidentally summoned.

The most desirable name to know was God’s true name. He who knew the Tetragrammaton could have any wish

granted. Basically, you skipped the heavenly bureaucracy and went straight to the big man himself. But, how do you use the “unspeakable name of God” if you can’t speak it? You draw it on magic talismans and sell them to the superstitious or desperate.

In the 2000s, one man case a hell of a spell. He changed a commonly used name and altered the course of human history. (And you thought I was joking about planet lungs. Oh ye of little faith!)

Frank Luntz, an influential Republican pollster, tested the name “global warming” and found it invoked a frame that made people feel like something bad needed to be fixed. “Climate change” invoked no sense of urgency, so Frank recommended using the new name in all right-wing communications.

Shortly thereafter, the mental virus-infected and reprogrammed the collective brain of the nation. Over a decade later, we still haven’t begun making big changes to fix one of the biggest crises of our time. We fixed CFCs, whale hunting, and for a time, rainforest burning, but climate change remains a subject of debate.

In conclusion, names have immense power. They invoke associations that can open doors to new business and relationships. They frame our expectations and how we act. Hopefully, I’ve inspired you to think about them differently, and one day you will tap their true power.

In a pre-literate world, words were magical. I’m on a mission to remind people how powerful words are, and inspire them to cast their spells well.