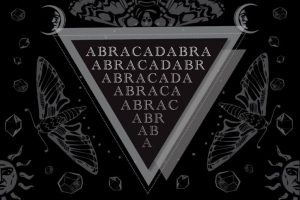 Enchant is one of my favorite words. It means “to fill someone with great delight; charm” and “to put someone under a spell; bewitch” It originated from “cantar” which means “to sing” in Latin. It also closely related to “incantation’.

This music magic is so powerful, people pay $300 a ticket to see Madonna perform. Movies and TV wouldn’t be nearly as enchanting without the invisible narration of the soundtrack. Music is one of the core meta-languages of life. It’s EVERYWHERE and the reason why is fascinating.

I remember Sinead O’Connor’s first album, the Lion and the Cobra.” The first song, “Jackie”, bewitched me, and I soon found myself under the spell of her otherworldly voice in “Troy”. I’m sure you know a musician who left a similar impression on you. You can probably still sing the lyrics of their songs, even if you haven’t heard them for years.

But why does music have a magical ability to form such powerful memories? And what does that have to do with why wizards (“The Wise”) sang their spells in folklore? As we know, most legends are rooted in fact, so if we look back at our musical roots, maybe we can answer that question.

Druids and bards repeated epic songs that were 100,000 words long. They would take 2 or 3 days to sing them. They could remember them because they used the mnemonic devices of rhyme and rhythm.

The first place we heard a rhythm was the drumbeat of our mother’s heart in the womb. We listened to “Channel MOM” all day long, and quickly learned a primal language that associated the increased heart rate of stress with the adrenaline. When her heartbeat was slow, we were filled with calming chemicals. I’m intuiting this, but I think this is why our energy is so affected by beats per minute. If it’s low, like 60 bpm, we’re mellow. If it’s high, like 120bpm, we’re excited. Now let’s go back even further in our musical roots.

Our species’ ability to speak began with grunts, hoots, hollers, and calls. Then we began to sing, and finally, we articulated words. This means music is more fundamental than spoken language. That’s one reason mothers talk to their children in a singsong voice, and why we start our education with the melody of “Twinkle Twinkle Little Star” when we learn the ABCs song. That tune becomes the foundation of spelling and all future education. We also see remnants of that past in how easily we remember some things.

If you want people to remember what you said, give them a jingles and earworms. Advertising and the music industry uses this magic to get their songs stuck in your head. This is no surprise, from a neurological perspective.

The music and language centers are right next to the emotion centers. Emotion is the foundation of memory. Combine them all together to create unforgettable moments, like you find in movies.

In conclusion, I hope you will look at the word “enchant” differently. I’ve only shown you the tip of the memory/music/meaning iceberg. If you only remember one thing from this post, try using a musical tone of voice when you talk to others and watch how it changes your relationships.